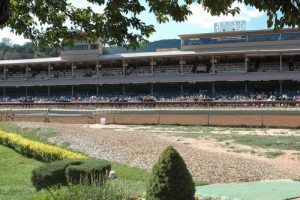 “The new ownership of Ruidoso Downs wants to invigorate the Triple Crown racing series and as an incentive for horse owners, we are offering a one-time reduction in the supplemental nomination fee,” said Stan Sigman, spokesperson for the four-member ownership group of All American Ruidoso Downs, LLC, (AARD). The new ownership completed the acquisition on October 12, 2017.

The result of the supplemental nomination offer is that any quarter horse foal of 2016 not nominated to the 2018 Triple Crown may be nominated to the Ruidoso and Rainbow futurities by submitting payment of $1,500 by December 15. The discounted All American supplemental fee of $2,500 is due by the same date. Each of the three races has sustaining payments due January 15, March 15 and April 15, 2018. There is also a trial entry payment.

The additional $4,000 for the trial purse increase is sourced from the nomination accounts. The New Mexico Horsemen’s Association has approved the changes.  Pending NMRC approval at its next regularly scheduled meeting.